How will a Trump Presidential Victory Affect the Housing Market?

How will a Trump Presidential Victory Affect the Housing Market? 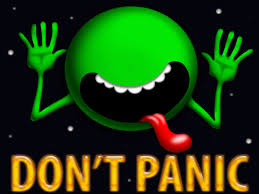 On November 8th, 2016 people across the United States voted for the next POTUS. That voting was then followed by anxiously awaiting the outcome and drinking copious amounts of wine/whiskey/whatever was on hand. The morning of November 9th was met with either great joy or great trepidation. Regardless of which candidate you were supporting there are always  questions to be answered: “Can he start sooner than January?” (No, he may not) “WHAT JUST HAPPENED?” (Not totally sure, America apparently loves a good surprise) and on a more serious note “How will the new President Elect affect taxes/healthcare/my family/friends/job/environment/housing market?”

Let’s talk about the latter of those concerns, shall we?

First and foremost, if you are looking for advice on how to handle the potential changes in the housing market that a Trump presidency will bring it’s best to look to The Hitchhiker’s Guide to the Galaxy and “DON’T PANIC”!  Concerns about the future of the housing market are understandable for everyone involved, regardless if you are a buyer, seller, agent, investor or developer and there are several points to consider:

Truth of the matter, experts and amateurs alike can speculate on what will happen but there isn’t another presidential election like this to be able to compare. What happens the first 100 days of the Trump presidency will be what sets the tone for the future. Until then stay positive, don’t get too caught up in forecasting the future, build on what you have and DON’T PANIC.

This site uses Akismet to reduce spam. Learn how your comment data is processed.